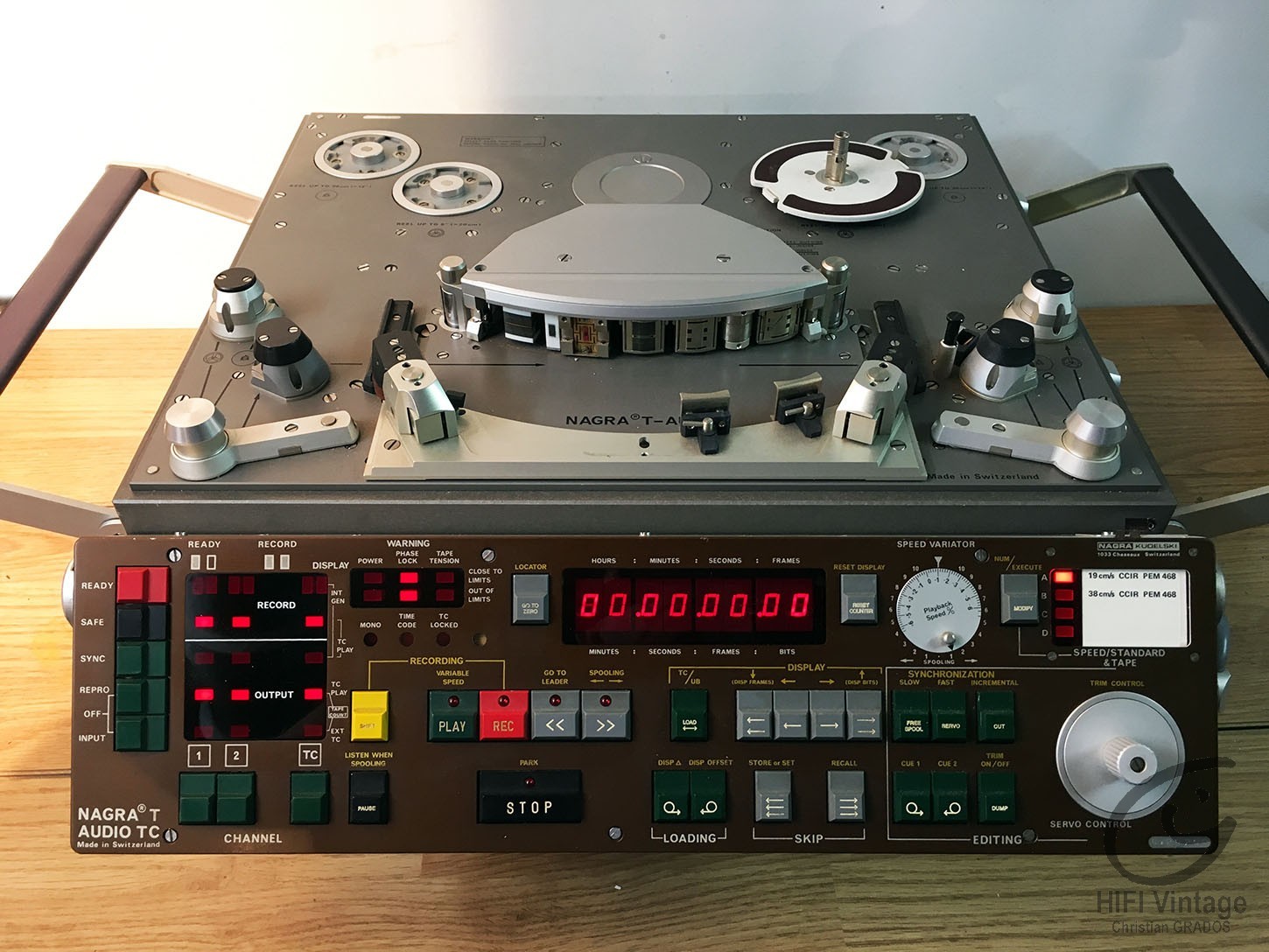 This product is no longer in stock

Two track analogue transportable recorder
First introduced in 1981, the T-Audio is a two track analogue transportable recorder designed for studio recording. It is designed to be trolley-mounted. With programmable combinations of up to 4 different tape speeds / EQ settings it can be entirely customized to different tape formulations, transport speeds and equalization parameters. Using the Twin-capstan tape transport system developed for the TI it handles master tapes with a delicacy not befor seen in a studio recorder.

Initially it was a stereo recorder / player aimed at the disk mastering industry. A monophonic model was also developed. A twin track version with an independent erase head for each track, and was aimed at the radio broadcast industry.

In 1984 a full time coded SMPTE / EBU version was introduced and became the industry standard for audio transfers for film applications around the world. The different models, although mechinically very similar, were easily identifiable by the removable control panel or “keyboard” mounted on the front. (The machine in the above picture is equipped with the TACA-TC keyboard).

The T-Audio manages rells up to 10.5 inches in diameter and can be equipped with a magnitude of different options and accessories for many different applications.